Figure 3 shows that the Austrian property market remained broadly flat and significantly under-performed the rest of Europe from the early 1990s to 2005. Property was not traditionally viewed as a tradable asset class by a local population that tended to buy houses or apartments and live in them for a generation. It wasn’t until 2005 that legislation finally forced the Austrian authorities to lift the barriers governing foreign ownership of property, almost 10 years after EU membership. The market was viewed as ‘untouched’ by these initial foreign buyers and prices inevitably began to rise. The attraction of Austria was obvious to these early foreign investors. Austria was viewed as the last undiscovered alpine territory for buyers who had witnessed, and been priced out of, the more established French and Swiss markets. Since 2005, tight control over development has resulted in gradual price rises as the authorities aim to keep a lid on the over development that has blighted so many French resorts. 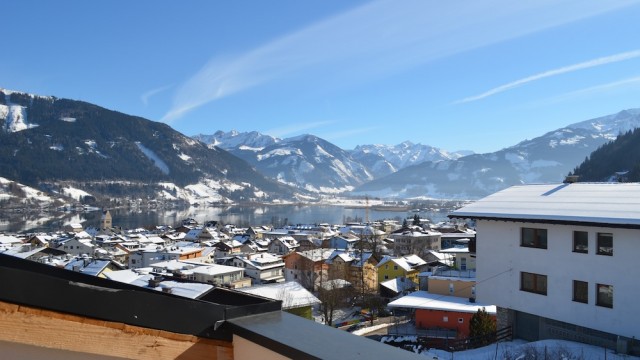 Tourism is one of Austria’s fastest growing industries and is key to the economy’s future economic growth.Consequently, foreigners are only allowed to buy property on the condition that they benefit the local tourist community by making their property available for let.

This has discouraged the development of ‘ghost-towns’ that so characterize the French ski resorts where wealthy foreigners have bought up property only to leave it empty for most of the year. Furthermore, many of the key Austrian ski resorts benefit from being true ‘four season’ destinations. Rather than being purpose-built ski resorts, the Austrian ski areas tend to be accessed from traditional lowerlying towns and villages that have permanent resident population. Consequently, these towns and villages attract tourists year-round ensuring high yields for property owners and investors (figure 4).

Austrian property prices, supported by high levels of affordability and a tight control on supply compared to other alpine markets, saw only a marginal decline during the European recession. Austrian tourism has grown steadily over recent years and is expected to be one of the most significant growth industries as Europe slowly climbs out of recession Importantly, a growing tourist industry is proven to lead directly to growing demand for real estate in a given country.

Tourism is now one of Austria’s fastest growing sectors, accounting for more than 8% of the national GDP. Investment in the leisure sector – the uninterrupted development of ski resorts and golf courses – is geared to supply and sustain a sophisticated year-round tourist industry, with visitors from the UK and Ireland providing one of the key growth drivers. Tourist numbers from the UK have swelled by around 100,000 in the last six years and now stand at 850,000 pa, while the number of Irish visitors has doubled to around 60,000 over the same period.

This trend is expected to continue with many of these visitors becoming future property investors. Significantly, these two markets are now served by more regular flights into Salzburg due to high demand. The airport has long had daily services from the UK during the winter season but is now also operating flights 6 days a week during the summer season.

As Europe slowly recovers from recession, Austria is predicted to be one of the key benefactors. Demand for property is expected to be driven by the following factors: